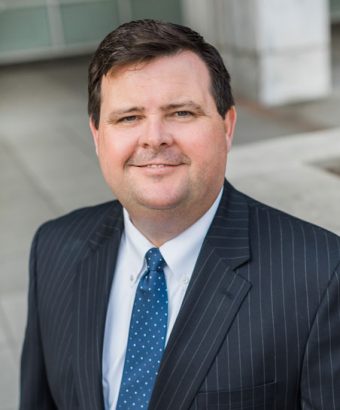 Allen Williamson, a founding partner, and friend to all who knew him passed away suddenly from a heart attack on Saturday, May 14, 2022. He is deeply missed by everyone at Boyd, Powers, and Williamson, his loving family, and the greater Wise County community.

After an early career in the Wise and Jack County’s DA office, Allen left prosecutor work to contribute at Simpson, Boyd, Powers and Williamson then later formed BPW Law with his colleagues Derrick Boyd and Alan Powers. BPW Law opened its doors in Decatur in September 2016 with Allen specializing in civil and criminal cases.

Allen’s talents as an attorney were a cornerstone of BPW’s success, especially his affinity for client relations and the authentic connections he formed with everyone in the BPW Law family. He was a vivid storyteller who could captivate juries and was well known for being a tough advocate for his clients. He sincerely cared about the people he represented.

“Allen was the most genuine person, a caring and fun-hearted friend.  His jovial personality translated well in the courtroom. Jurors were often on the edge of their seats listening to his stories, cheering for his clients to prevail.  He loved his clients and his colleagues well, but we all knew we were a distant second to the love he held for his family. He was a best friend to many and will be so very missed at BPW Law.”

Above all, Allen was a family man. He was a devoted husband to his wife Mendee and a loving father to his children, Jessica, Aaron, and Amber. In his free time, Allen was an avid boatman as well as a neighborhood crawfish boil host, and a fan of Texas A&M (class of ’96; class of 1999 J.D. – then Texas Wesleyan University School of Law.)

Allen was born in Hobbs, New Mexico, in October of 1974 and resided much of his adult life with his family in Runaway Bay, Texas.  Boyd, Powers and Williamson Law Firm is proud to retain the Williamson name on our firm and masthead.