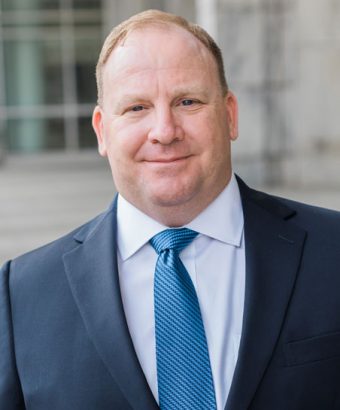 Alan, founding partner of BPW, gained statewide notoriety in his very first jury trial after obtaining a successful verdict for his client, who was injured in a trucking accident. Since then, he has been an unrelenting advocate for individuals’ safety and fair compensation for anyone injured due to someone’s carelessness or by a defective product.

After being named partner of Simpson, Boyd, Powers & Williamson in 2003, Alan went on to establish his own firm in 2016. He is a member of the “Million Dollar Advocates Forum” and has worked on numerous cases involving personal injuries and wrongful deaths resulting from defective products, trucking accidents, vehicle accidents and oilfield accidents. In 2004, Alan was part of a team that rendered one of the top jury verdicts in the United States for that year, according to VerdictSearch.

By founding BPW, Alan strives to give his clients a voice in fighting against unnecessary accidents and deaths and is dedicated to holding companies accountable for their careless actions.

Alan lives in Bridgeport and serves as a trustee and vice secretary on the Bridgeport ISD School Board, and is a member of Grace Fellowship Church. He and his wife Jeannine have five children: Bryce, Beka, Aubrey, Bethany and Sadie.